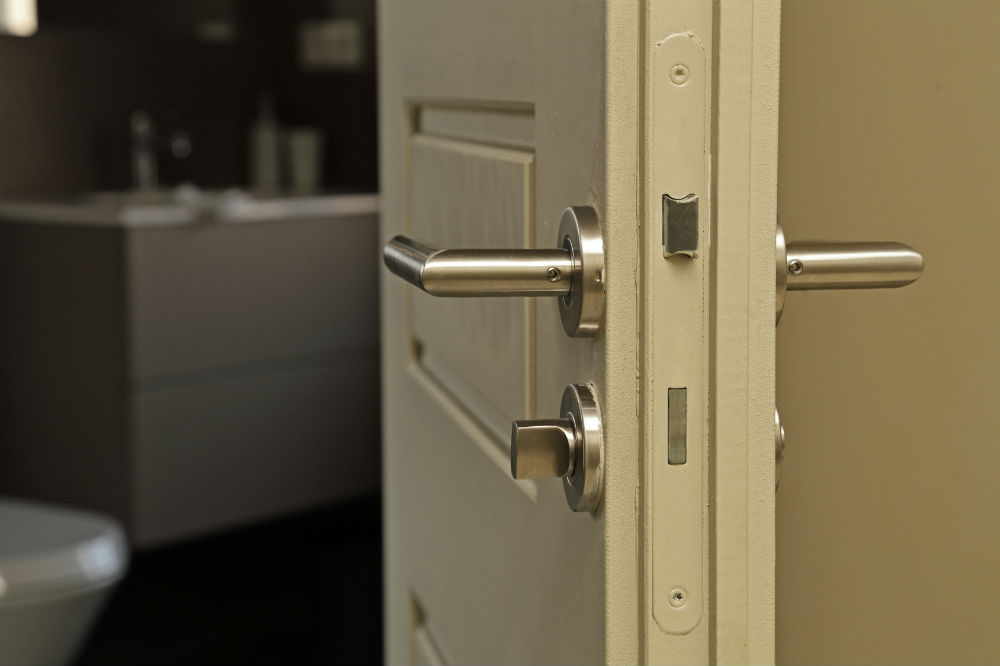 Keyless door locks are becoming a safe and versatile alternative to locks that are opened the old-fashioned way. They’re especially useful as an added security measure and an effective deterrent to would-be intruders.

There are quite a few different variants on the market already, and one of the best examples of this advancement in home security is manufactured by SoHoMiLL.

The lock’s stainless steel knob is rugged and large, and the lock itself is both massive and secure. Unlike handle locks where the handle’s movement can be obstructed by other objects in a storage space for example, the knob design makes it rotate in place, so once you set it up you can arrange the space around it more effectively.Installing it is straightforward and should pose no problem to a DIY enthusiast.

What kind of door you’re installing it on doesn’t really matter as you can do so with hinges either on the right or the left and aren’t restricted to indoor use, so front doors, gates and the like can become more secure.

Controlling who is able to use the lock is easily set up and works without fail. There’s one master passkey and up to eight different user keys you can give to individual house guests. There’s even an option to enter a fake code into it if you feel that you’re being observed.

Once the door is open, the lock waits about three seconds before switching back to locked mode, keeping your door secure even if you don’t remember to. Of course, you might also get tired of all these precautionary measures and just want to come and go as you please, in which case you can turn on passage mode and use the door as any other after pressing any key.

Powering everything are four AAA batteries. One would think that a device like this drains a lot of power, but the batteries actually last a long time, plus the lock gives ample warning before they’re about to run out.

If you forget to replace them in time, the lock comes with a jumper box that hooks up to it and allows you to enter the code in emergencies.Complete loss of power doesn’t cause the lock to reset its stored passwords.

The keys are rounded for easier access in the dark, and light up as you start typing a code in. However, they’re on the smaller side and arein line with the door. It would have made more sense if they were slanted upwards a bit so that you didn’t have to crouch down to see which number you’re currently pressing.

Even though the manufacturer claims that the lock will do just fine for outdoor use, prolonged exposure to the elements will cause the steel to pit. While this has no bearing whatsoever on the lock’s security, it does look unseemly, so you’ll want to apply a protective coat if you plan on setting it up on a garage door.

Other than that, the beeping is an annoyance too – there doesn’t seem to be a way to turn it off, and the sound can start to get on one’s nerves since there’s a beep for everything from punching the keys to switching to and from locked mode.

Although SoHoMiLL’s keyless lock does have a few kinks which can be ironed-out in a future iteration, it’s still one of the best security upgrades you can enhance your home or office space with.

The sturdy latch mechanism, a diverse set of security options, as well as a solid backup plan if the lock’s power ever happens to fail, make it a dependable and useful product.

Another factor that goes in its favor is the appealing price. As keyless locks go, this one is quite affordable, which doesn’t take away from its ability to protect your privacy or belongings. If anything, you can buy two or more and enjoy the added security this brings.