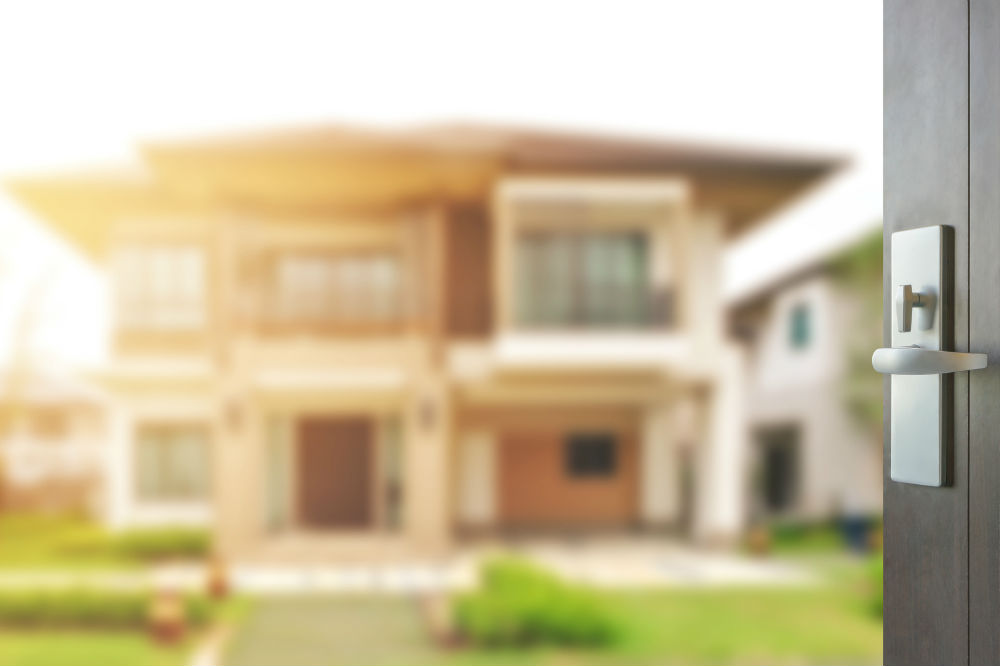 In an environment where dozens of people move about daily, not all of them with admirable intentions or enough privileges to access certain restricted areas, security becomes a major concern.

While having a state of the art surveillance system in place goes a long way in deterring such people, a dependable keyless lock set up on the right door is the last and best line of defense against unwanted entry.

If you need a lock that holds fast while accommodating access for a lot of people, Haifuan’s digital door lock sounds like a security measure worth taking a closer look at.

Probably the most satisfying thing about Haifuan’s keyless lock are the varied ways in which you can get it to open. First, there’s your garden variety keyhole in which a normal key is inserted. There’s nothing special about that option other than the keyhole being discreet and the keys precision laser-cut, adding to the method’s security.

Next there’s entry by providing a valid input into the keypad. Less standard ways of unlocking it include the use of M1 cards and a remote control. You get two cards and one remote with your purchase, but the manufacturer has made additional ones available as well.

It’s a very serious lock when it comes to handling the passcodes and its capacity to store them. Capable of recognizing one hundred codes, as many remote controls and eight times as many M1 cards, it will surely accommodate any number of users you wish to grant passage to, even in areas that experience heavy traffic like office buildings. You can add new users and remove old, unwanted ones with a few button presses.

The keypad itself is large, and the keys are prominent and easily viewed since the pad is angled upwards. When in use, they’re illuminated by a bright blue light which makes entering your passcode easy by day or night. The lock is also equipped with voice navigation that helps you set everything up and informs you of the lock’s status and so on.

To make the lock’s security even better, there’s the option of inputting fake digits before and after your actual passkey to fool potential burglars, and a dual-user mode that requires a combination of two ways to open the lock or two passkeys to be used one after the other for the door to open. Naturally, if you feel that all of this isn’t necessary, at least for a time, you can enable passage mode and travel freely through the door the lock is guarding.

As for the lock’s durability and compatibility, it will fit on any standard-sized door without alteration. The door’s orientation isn’t a problem either as the handle can operate just fine from either side. Installing the lock physically is as straightforward as with a traditional one. Able to withstand temperatures ranging from -10 to 120 degrees Fahrenheit, keeping it out in the cold mid-winter or in sweltering heat should hardly keep it from working properly.

There’s a minor annoyance when it comes to the lock’s keys. Because they’re designed in a way that prevents easy copying, your local shop might not be able to make you a spare if the two supplied ones aren’t enough. You’ll have to contact the manufacturer to be issued more. Setting up the master code and individual pass keys isn’t as intuitive as it could have been either. If the provided user manual doesn’t help, there’s also a video tutorial on YouTube which might.

Overall, Haifuan has produced an outstanding keyless lock that’s sure to find its application both at home and in the office.

Home users will appreciate the added sense of security this serious-looking lock provides, and business owners will rest easier knowing that certain areas are off limits and won’t be entered by anyone but their employees.

Everyone is certain to like its many access methods, as well as the fact that you can set it up almost anywhere. A couple of situational annoyances aside, it really is a lock worth the investment, offering both superior protection and access restriction completely tailor-made for your terms.