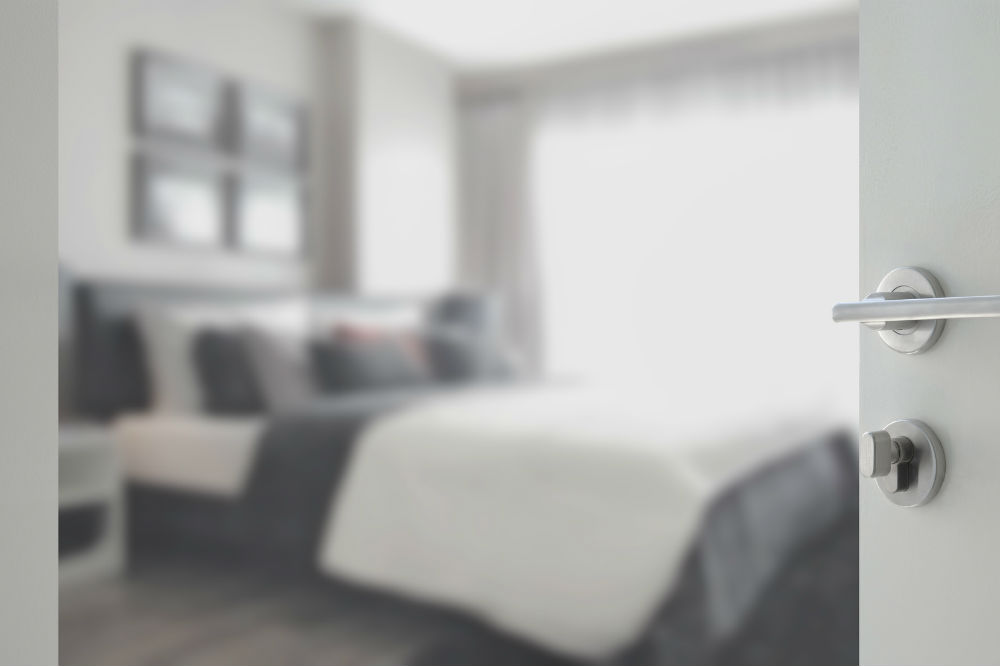 Let’s face it, classic tumbler locks have been little more than a token security measure for seasoned lock picks for ages now. Even newer locks that rely on passcodes can be cracked with enough time.

The same can’t be said for fingerprints, however. Locks that feature biometric access have great success in deterring criminals, and Ardwolf’s A20 is a great example of how you can take advantage of this security feature without having to pay an arm and a leg for it.

It looks like a heavy-duty security lock one shouldn’t mess with. The stainless steel of its escutcheon and handle as well as its black and blue touch screen lend themselves well to fitting into a professional environment. It will also look great as a lock to a gym or study, inside your home. You’ll have no trouble accessing the lock as the bright blue controls are easy to distinguish.

As for its security capabilities, there are three different ways of getting it to open a door. The first is with a conventional key, which is self-explanatory. Of note however is a small cover which keeps the keyhole well hidden.

The second way involves entering the correct number sequence by using the light-up keypad. Up to a hundred individual eight-digit passkeys can be issued and used, making the lock’s use in an office environment even more pronounced. False passcodes can be set up too, giving a user the freedom to put in random digits before and after the actual code to confuse thieves.

By far the most interesting and advanced way of using the lock is through fingerprint recognition. As with the codes, 100 fingerprints can be stored inside its memory. The lock actually has a built-in microprocessor which allows for very fast fingerprint reading and recognition.

The chances of falsely excluding a valid fingerprint are one in ten thousand, and ten times smaller for accidentally approving an unregistered one, making the biometric option the most secure, and definitely the most convenient one as all you need to do is place a finger on the reader and wait less than a second for it to be recognized.

Ardwolf’s lock lets you access a great deal of information on its use. It has a USB connection used to hook it up to a PC and access its records. It stores a maximum of three thousand entries, allowing you to pinpoint an exact time of entry and the code or fingerprint that was used to do so. The software used to access the data isn’t part of the package, but can be obtained by contacting the manufacturer.

Keep in mind that there are both left and right handed versions of this lock since it can be installed only onto one kind of door in that respect. Another thing to take note of is that during installation an additional hole must be drilled into the door, so make sure that the door in question is structurally sound enough for that.

The lock is intended to be used indoors only since it isn’t waterproof. While it isn’t adequate for front doors or tool sheds, it can be used for a door that connects your house to the garage, for example, as neither cold nor hot temperatures have much of an effect on it.

Probably due to spatial restrictions and the need to include an enter key, there are no 9 and 0 keys on the pad. While this doesn’t matter as much since the combination needs to consist of eight numbers, it is nevertheless unusual.

With so little actual flaws to be worried about and a layer of security that’s really tough to crack, Ardwolf’s A20 is a state of the art keyless lock, ideal for office buildings where teams of people need to be given access to sensitive data or equipment, but will definitely be just as good at protecting a room within your home.

Not only does it let you exercise control over who can and can’t enter, it also provides clear evidence of use, helping to narrow down potential suspects and establishing a timeframe if something were to go missing. So even if someone is able to circumvent the lock’s security features, they’re still unlikely to get away with it, putting this lock a cut above other similarly priced models.